Click here for the full monthly report, including additional details on the outlook for Alberta's housing market in 2017.

A total of 2,612 Alberta residential unit sales were recorded through the MLS® Systems of real estate Boards/Associations in December, rising 3.2 per cent from the same month last year. The average MLS® residential price in Alberta rose to $395,694, an increase of 1.6 per cent from December 2015.

Only the Calgary Real Estate Board saw an increase in monthly residential average prices from year-ago levels, while the remaining nine Boards/Associations saw decreases of varying degrees (see chart below for detailed information).

Read more of the Alberta sales outlook for 2017 in the full report.

In Alberta, movements in residential sales over the past 20 years have been driven primarily by changes in house prices and in mortgage payments (income channel). As shown in Table 1, over the 1997-2016 period, house prices have risen two times faster than residential sales in Alberta. The average price growth for that period was 6.55 per cent compared with average sales growth of three per cent (averages of monthly values). Looking at the simultaneous growth in these two, we can estimate the change in sales with regard to changes in house prices. This is done by dividing the year-over-year change in sales by the year-over-year change in prices. The result is shown in column 6 of Table 1 and represents the price-elasticity of demand.

In Alberta, on average this price-elasticity has been positive and hovered around 6.8 over the past 20 years. What that means is, for every one per cent increase in house prices, sales increased by roughly seven per cent. This might look counter-intuitive because classical demand analysis expects a negative relation between a product price and demand for the product. But, as an investment good, higher home prices mean higher returns on housing investment. Rising house prices may prompt more home sales thus leading to a positive co-movement between sales and prices. Indeed, houses are not only consumption goods, but also assets. Homebuyers buy houses both as consumers and investors. Case and Shiller (1998) for instance, based on a survey, reports that 44 to 64 per cent of homebuyers considered the purchase of a house as an investment.  In Chart 1, the correlation between sales growth (green line) and price growth (red line) is almost perfect: the two mirror each other, displaying a positive co-movement. 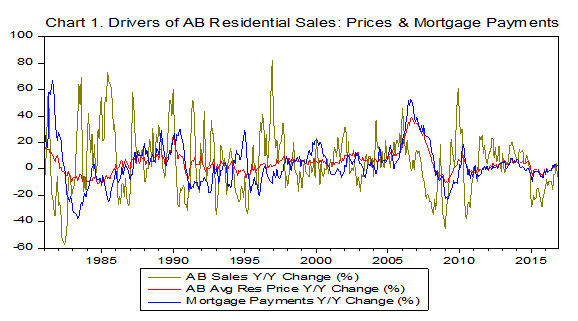 Read more in the full report 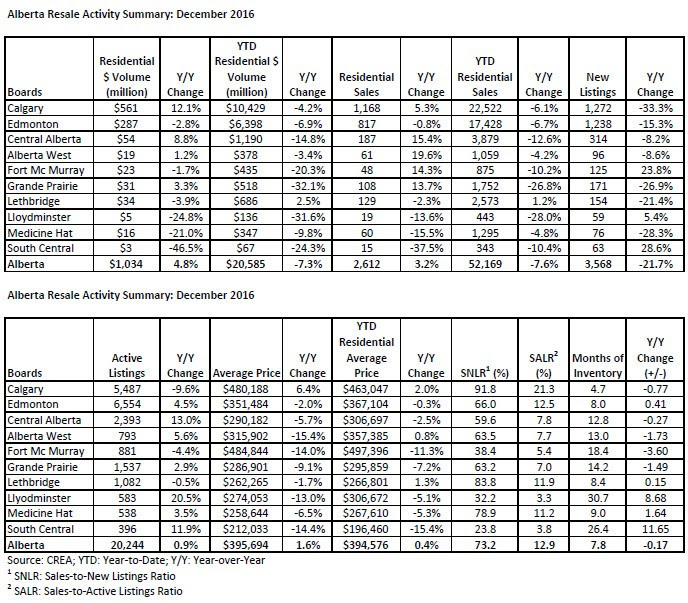 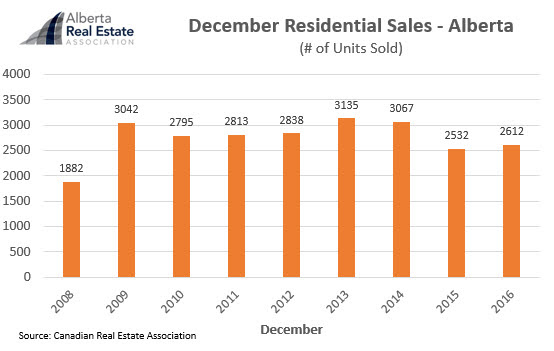 Residential Average Price - The current residential price for Alberta remains in line with those since 2013, while increasing slightly in December 2016 from one year ago. 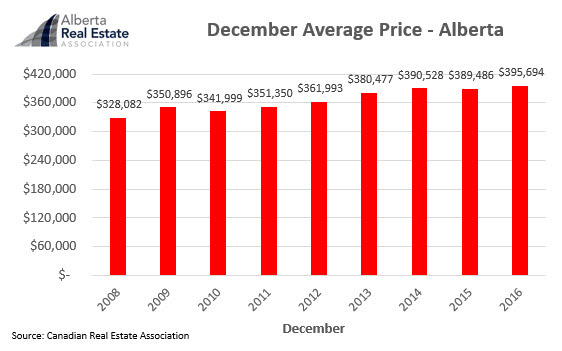 Month-over-Month Average Price - Month-to-month average prices have remained fairly consistent in 2016, with the exception of January, typically the lowest volume month with the lowest sale price. 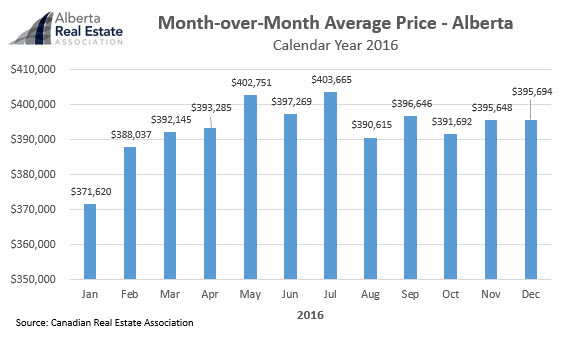 Residential Dollar Volume - Similar to sales numbers, the total dollar volume of sales in Alberta is comparable to the 2010-2012 timeframe, well below the historical highs in 2013 and 2014. 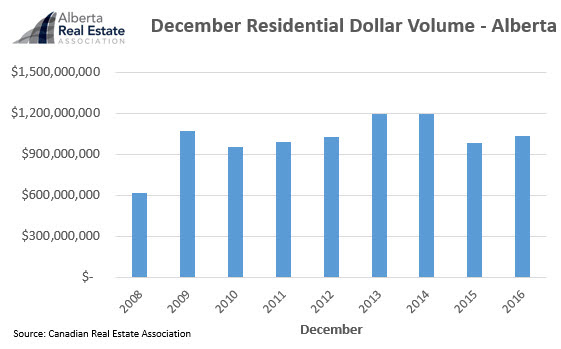 Months of Inventory - Months of inventory were relatively unchanged in December when compared to the same month one year ago. The annual trend follows historical value, with months of inventory rising in the traditionally slower fall and winter months, before decreasing again in the busier spring and summer timeframe. 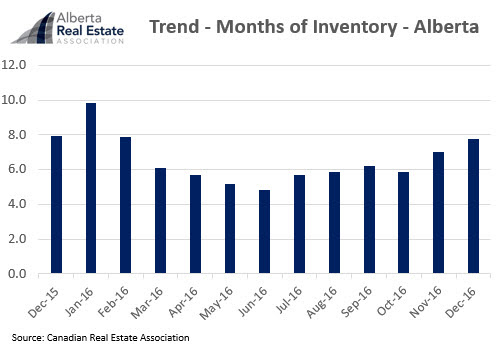 For more information, please contact AREA Communications at communications@areahub.ca or by phone at1.800.661.0231.