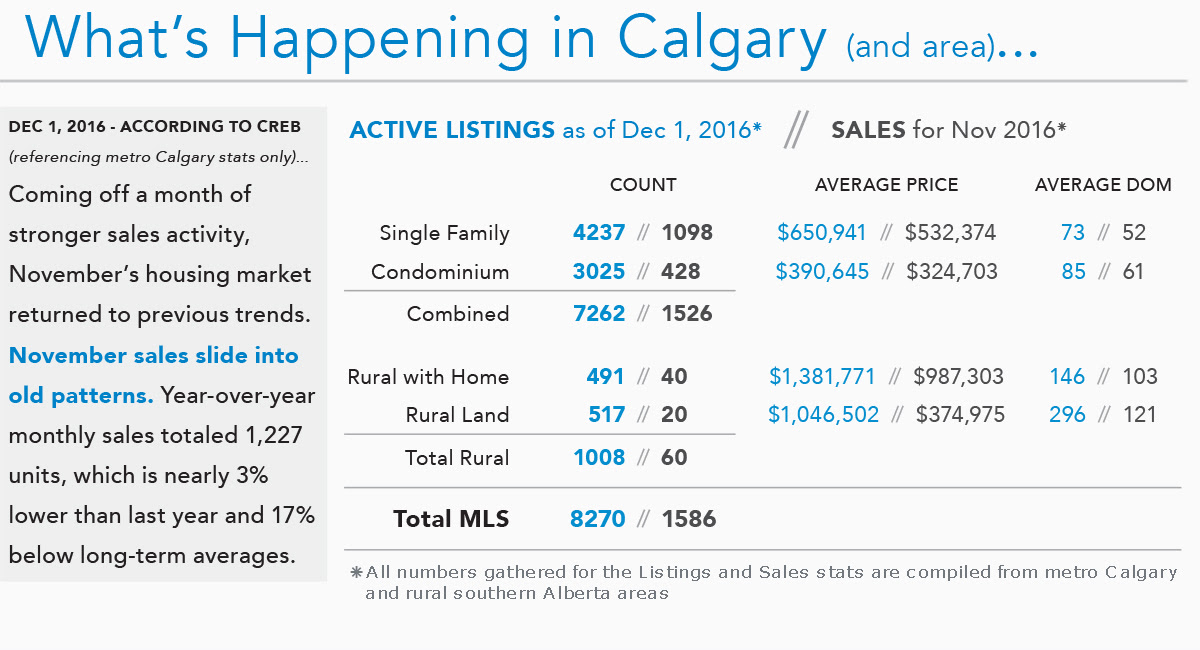 Are Sales Numbers Returning to Normal?

Calgary's housing market saw a much-needed boost in October compared to the same month a year before, according to numbers recently released by the Calgary Real Estate Board. There were 1,644 units sold citywide—marking a 16% increase over October 2015. The biggest jump came from sales of detached homes valued between $300,000 and $400,000.

The move marked the first time in two years sales numbers resembled what officials call a “normal” level, but they aren’t getting excited just yet. Rather than signalling the bottom of a downswing in the housing market, the increase in sales is likely the result of new mortgage rules coming into effect, CREB® chief economist Ann-Marie Lurie said in a release.

“The combination of all these factors may have encouraged some purchasers to take advantage of the market conditions, particularly in the lower price ranges,” she said.

“However, with several factors at play, the monthly shift in demand may be temporary and will need to be monitored over the next several months.”

CIR is Proud to Partner with Toy Angels & the Salvation Army this Christmas!

For the past 17 years Kiss 95.9 has worked with the Salvation Army to build  Toy Angels, a charity which collects and distributes toys to the less-fortunate families in Calgary during the Christmas season. Due to this unprecedented partnership and ongoing efforts, Toy Angels has become the largest toy drive in Calgary!

Starting this year, CIR REALTY has become the official partner of Toy Angels and we are committed to making this fundraising campaign bigger and better than it ever has been.

Starting Nov 14, all four CIR REALTY Calgary office locations, plus our Strathmore & Cochrane offices, will be dedicated drop off locations should you wish to donate a new, unwrapped toy.

Last year, Toy Angels collected over 22,000 toys to ensure Calgary and area children woke up with smiles on their faces.

We are so excited to be the official partner of this incredible initiative!

Should you wish to donate a toy at one of our four Calgary offices, you can do so up until Dec 17. If you'd like to make a donation but are unable to make it into the office, please let me know and I would be happy to collect it.